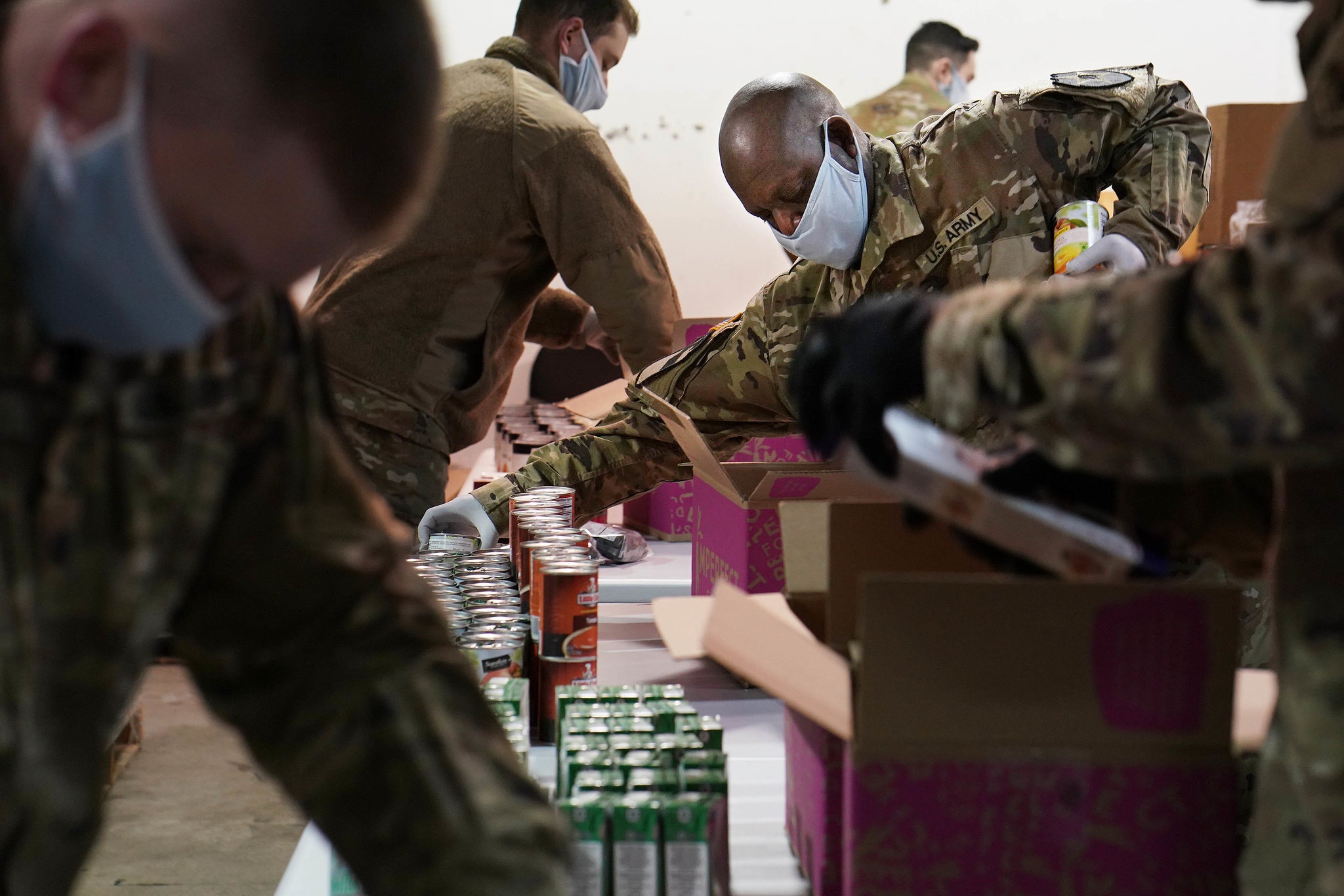 In Omaha, a food pantry that typically serves as few as 100 people saw 900 show up on a single day. In Jonesboro, Ark., after a powerful tornado struck, a food bank received less than half the donations it expected because nervous families held on to what they had. And in Washington State and Louisiana, the National Guard has been called in to help pack food boxes and ensure that the distributions run smoothly.

Demand for food assistance is rising at an extraordinary rate, just as the nation’s food banks are being struck by shortages of both donated food and volunteer workers.

Uniformed guardsmen help “take the edge off” at increasingly tense distributions of boxes filled with cans of chicken noodle soup, tuna fish, and pork and beans, said Mike Manning, the chief executive at the Greater Baton Rouge Food Bank. “Their presence provides safety for us during distributions.”