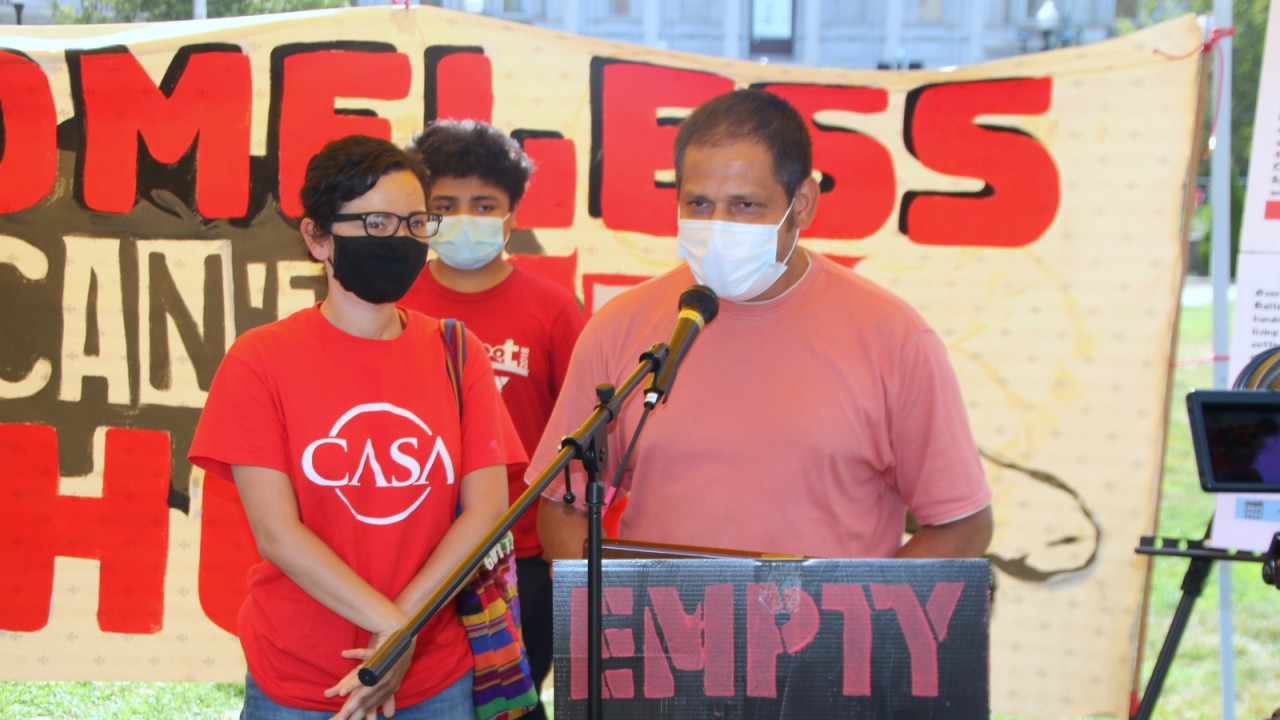 For some, Maryland courts resuming eviction hearings on July 25 is a talking point, a policy matter – something abstract.

If he can’t pay his rent by the end of his month, Calderon’s landlord told him he and his family would be evicted.

“I would be fine sleeping in my car, but how is that okay for three kids?” Calderon said outside of City Hall at a gathering last week of about 50 advocates, renters and homeless people.

The organizers, Housing our Neighbors, a grassroots homeless-led group, and the Fair Development Roundtable, a human-rights-based coalition, said the failings of the city’s housing system during the coronaviurus pandemic constitute human rights abuses.