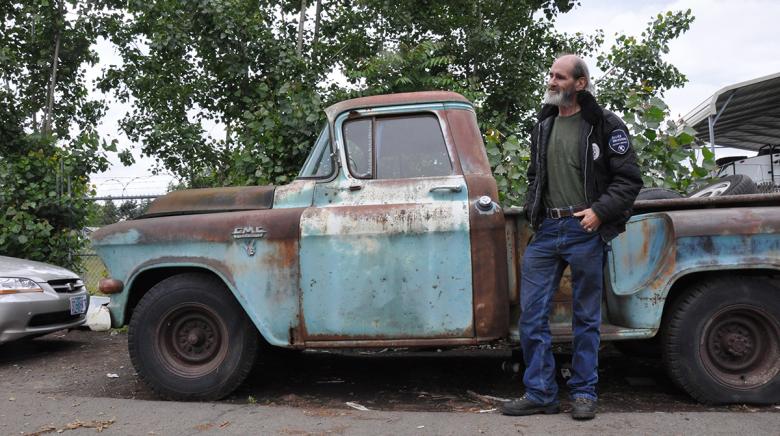 There are fewer than a dozen postal addresses along the short stretch of 97th Avenue, between Burnside and Glisan streets, but it’s home to twice as many households. Under the tarps and tents, in cars and campers, resides the unofficial neighborhood, lining both sides of the road.

And Will, a 63-year-old former body shop owner who lives in a camper, is probably the closest thing this community has to a mayor. By his account, he looks after the people on the street, helps people in tents get into cars, and even pays for having the weeds mowed back along the side of the road.

“I know everybody,” he said, sitting on the gate of his ’57 GMC pickup truck with a Bible in his hand. This is the neighborhood where his auto body shop was located, so this is where he returned when he became homeless in 2017.